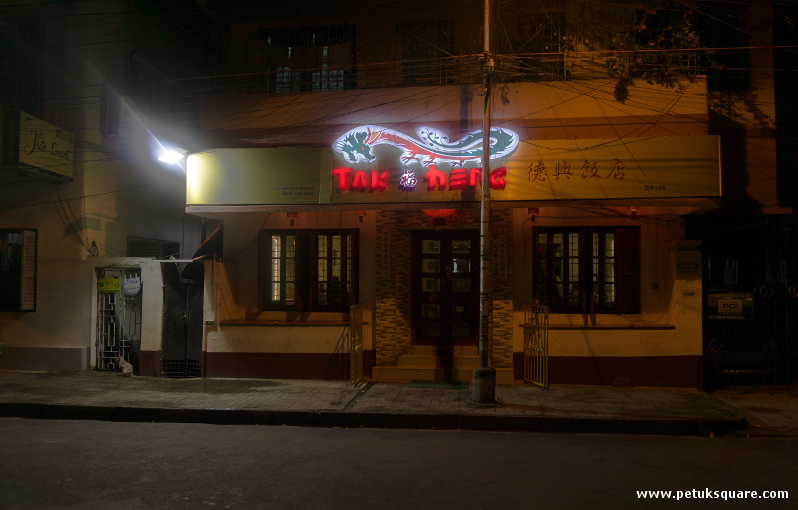 When we first heard that the famous Tung Nam of Old China Town is opening a new outlet in the southern part of the city, we were happy for our friends, who live in South Calcutta. But we ourselves were not much interested to visit the place. While reason one was the proximity of the original outlet to our house, the second one was our lack of interest to try the same food at an elevated price (yes, South Calcutta is more expensive than North or Central). But when we came to know that Tak Heng, the new outlet we were talking about, has become an independent establishment, and offers a more elaborate menu, we were more than eager to try them out. 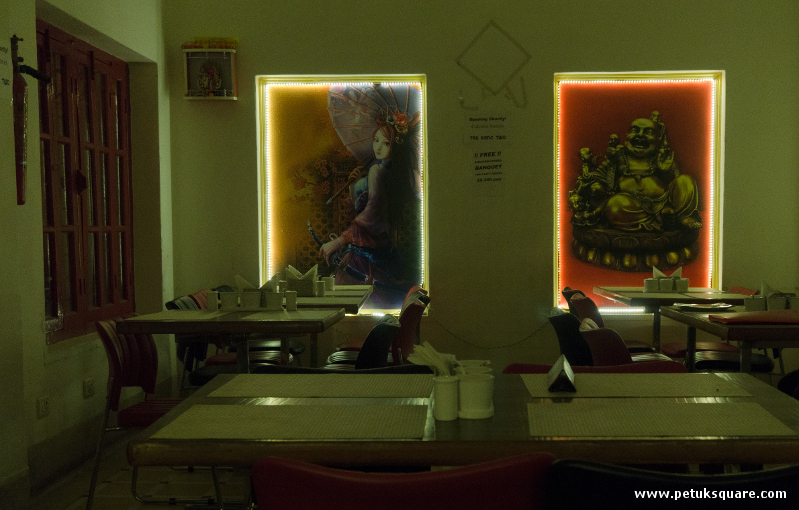 Located near Sree Thyagaraja Hall (less than a minutes walk to the left if you are facing the hall), it is on a quiet lane on the ground floor of a house. If you are going from Deshapriyo Park towards Gariahat, take the right from Jugal’s Sweet Shop (the lane of Ballygunge Cultural Durga Puja) and keep moving till you reach the last lane on your left just before Southern Avenue. Take the lane, cross Sree Thyagaraja Hall on your right and reach Tak Heng just few houses from it. 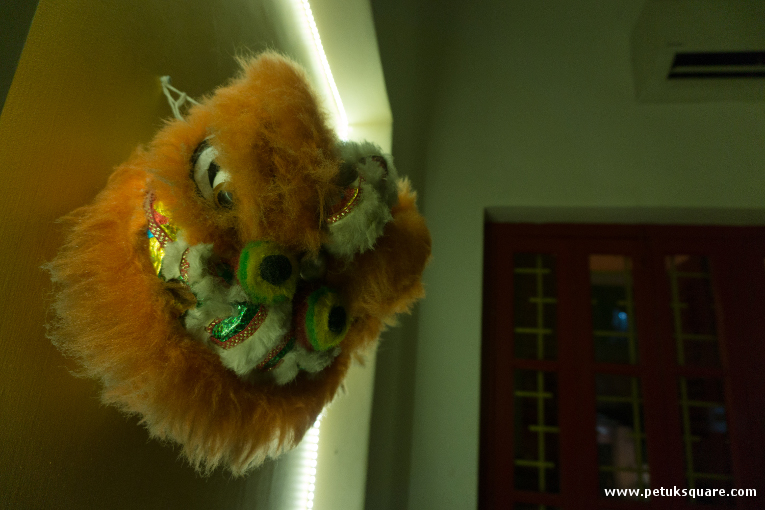 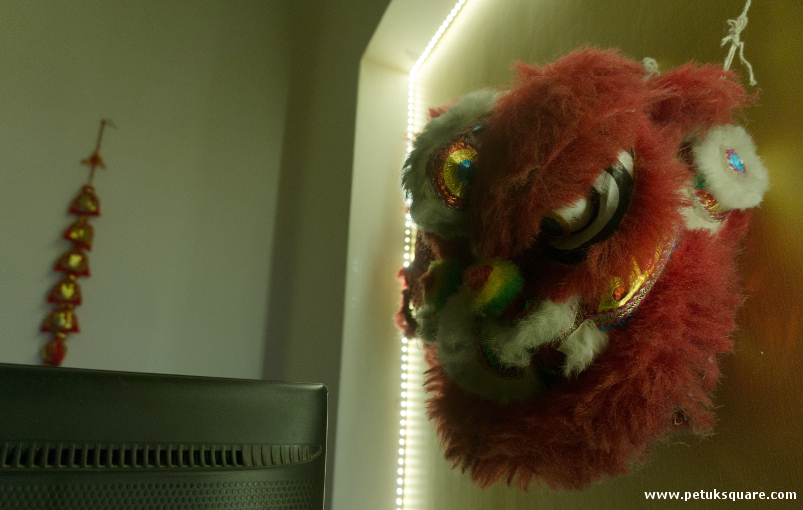 We entered the dining room on a Saturday evening to see it almost empty. This is no fancy, decorated restaurant. More like the traditional Chinese eating houses of the city with a clean dining room, tables and comfortable chairs, couple of paintings, couple of lion masks, few Chinese decorations and couple of welcoming faces. A very homely atmosphere. The welcome addition was the AC. 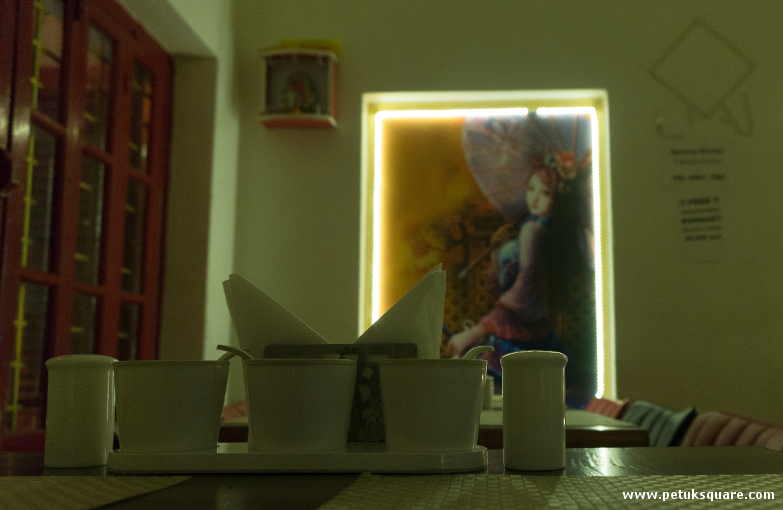 The menu was fat and full of items which looked interesting. Our first order was Gaeng Som Pla or a Thai sour fish soup. While the original version is made with pla chon, here bhetki is used. What was served to us was a bowl full of flavours and happiness. It was awesome. We completely loved it. The broth was tangy and spicy and it was full of veggies and pineapple chunks. The fish cubes tasted fresh and juicy. The amount was also huge. Though written in the menu that it serves 2, we actually had to fill our bowls 1.5 times each. And not only the broth, there were sufficient fish cubes and other veggies too. A must try item if you are here. 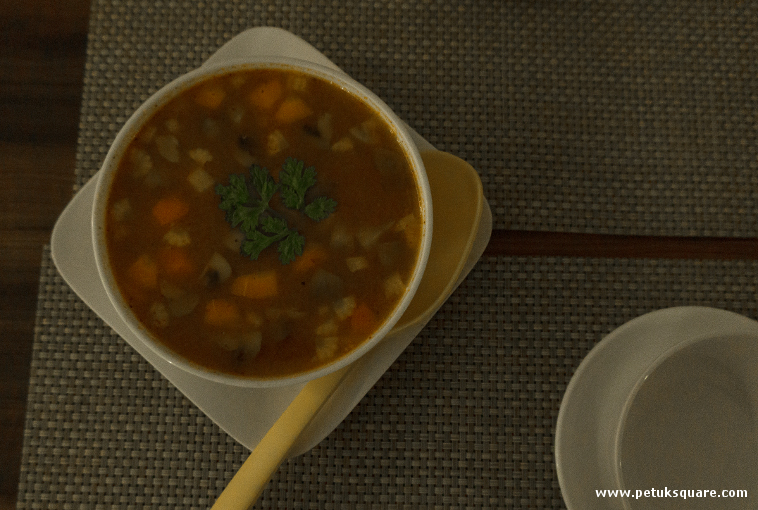 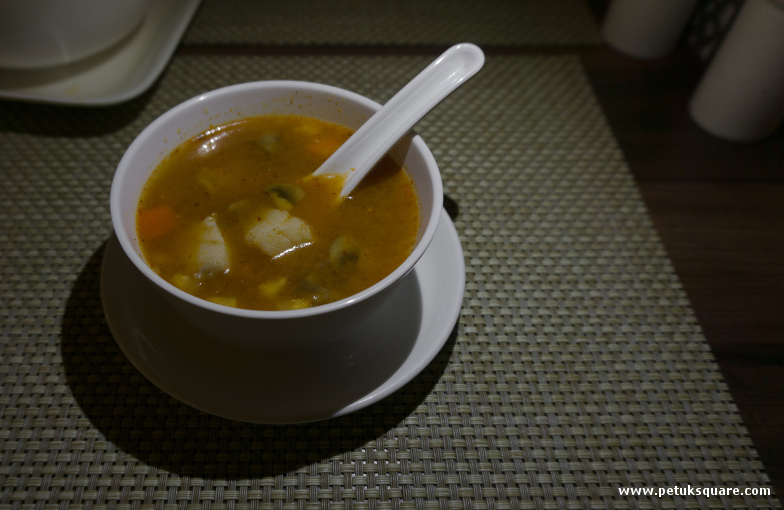 The beautiful and tasty fish cubes in Gaeng Som Pla

Though initially we decided against ordering anything, which the restaurants of the old China Town are famous for, we ended up ordering our comfort food, Steamed Rice (Chef’s Special Steamed Rice). Steamed rice is not what we get at a Bengali restaurant. It is plain steamed rice served along with veggies, meats, egg and prawns in a tasty gravy. The dish that was served looked great. They have given the simple dish a good makeover. However the gravy was a soy based brown, rather than the white one we are used to see. The veggies, meat, eggs etc. were in abundance here too. But we didn’t like the taste. The gravy was pretty tasteless which made this awesome looking dish a big flop. Ingredients wise it was great though. 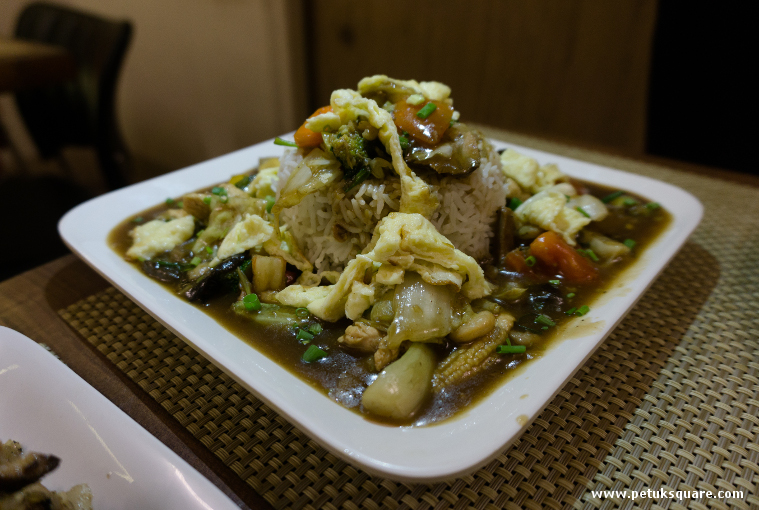 With the steamed rice we ordered a plate of Chilli Garlic Pepper Pork. The meat quality was excellent and it was cooked to perfection. Only a little more pepper would have made this a killer one. The dish helped us to complete the steamed rice. 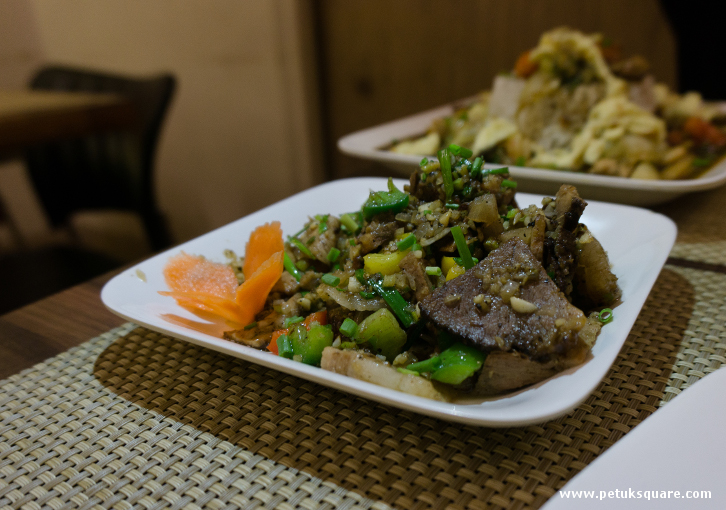 For desserts we ordered a plate of Sankaya and one Fried Ice Cream. We both love fried ice creams and order it whenever we find it in the menu. Here the ice cream was rolled in coconut crush before frying. So we were eager to taste something new. However the dish failed to impress us. Firstly the outer cover was not tasty. The coconut crush left a bad taste in our mouth. Secondly the ice cream was too hard. We waited and waited, and then waited some more before we could dig our spoon onto it. 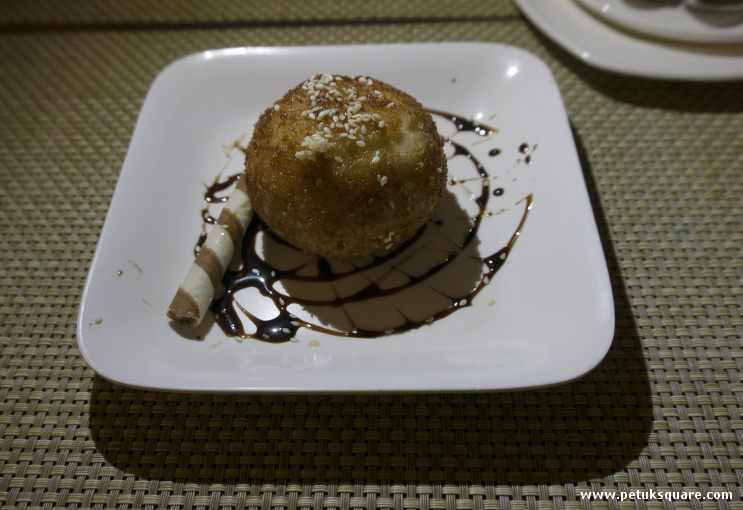 The Sankaya on the other hand was decent. It is a Thai custard made with pumpkin, jaggery, coconut milk and duck egg served along with a scoop of ice cream (they served us a vanilla and strawberry two-in-one scoop, though the menu read vanilla). The custard was smooth with coconut milk dominating the taste. But there were fine particles in it which we could feel between our teeth. On asking the server were told those might be the sand particles from the jaggery. It was really disturbing, but we quite liked the taste and texture (sans the sand particles). 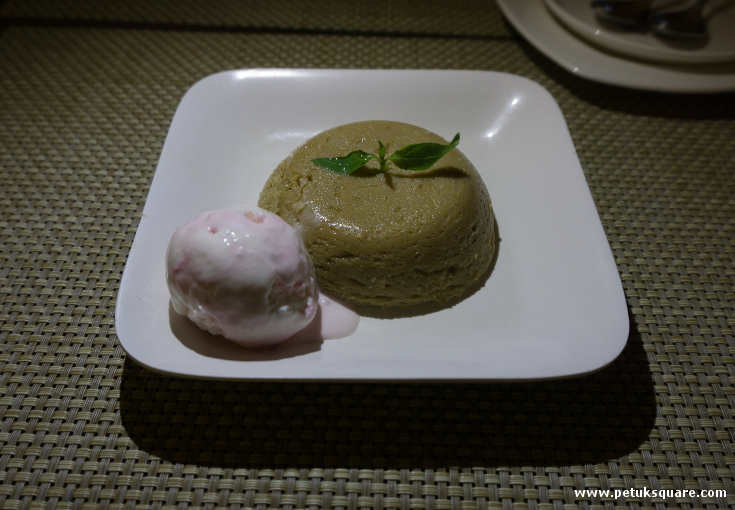 Service was excellent. Both the servers were friendly and helpful. Food was also served pretty fast. But the pricing is bit of a problem here. Although they do not charge anything extra, and the prices in the menu are all inclusive, still most items looked a bit overpriced to us. Prices of the soup and the steamed rice could still be considered OK. But the Pork and the desserts were definitely overpriced. More so because this is not a fine dining place, but a normal eating house.

In all it was a decent experience. The soup we will be remembering for a long, long time. Wish to be back here soon to try some more from their wonderful menu.