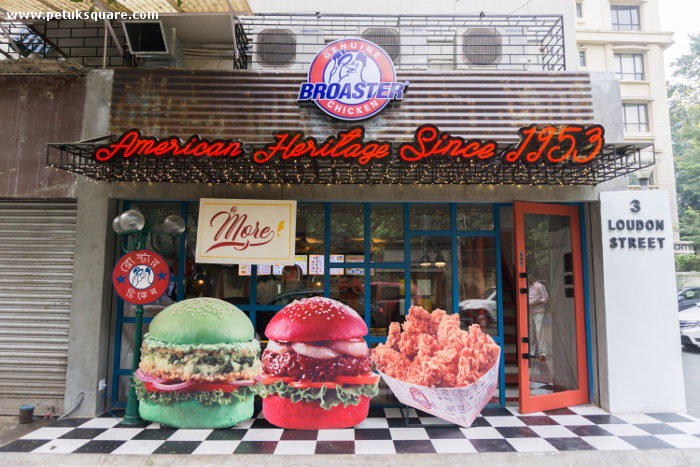 Unlike most Bengalis, between Chicken and Mutton (goat meat), I prefer the former. From kebabs to fried to cutlets, I love everything chicken. So when I heard about Genuine Broaster Chicken, an American brand, opening its first outlet in Calcutta, I was curious. I was eager to know if they offer the same type of fried chickens like the other well known brand from the same country, or there were more. So I found myself at Broaster Chicken, Loudon Street, the very first Saturday after they launched. 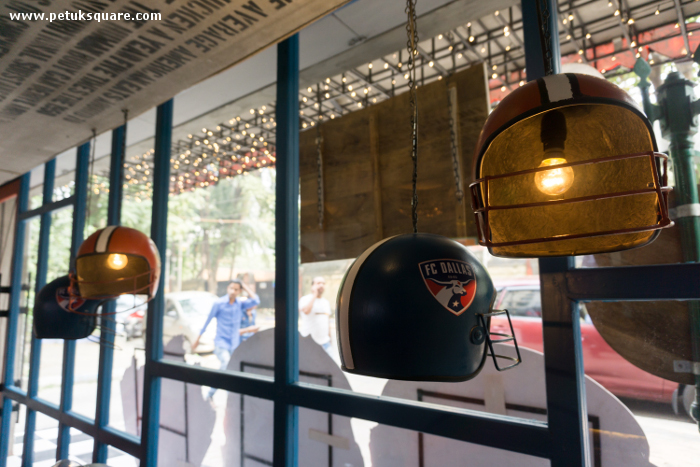 This is a small and cozy place with three high stools along with the order counter on the ground floor and a bigger seating arrangement on the first. The first thing that I liked here was the ambiance. Typical American fast food chain decor mainly, but they have added lots of interesting things. Using helmets or jute sacks as lamp shades for example was innovative. 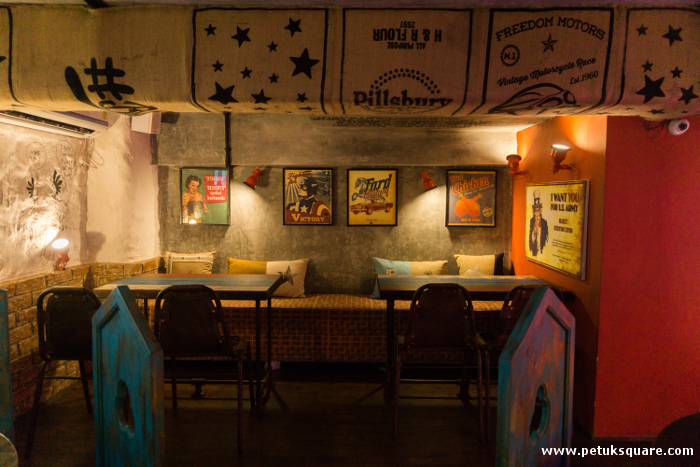 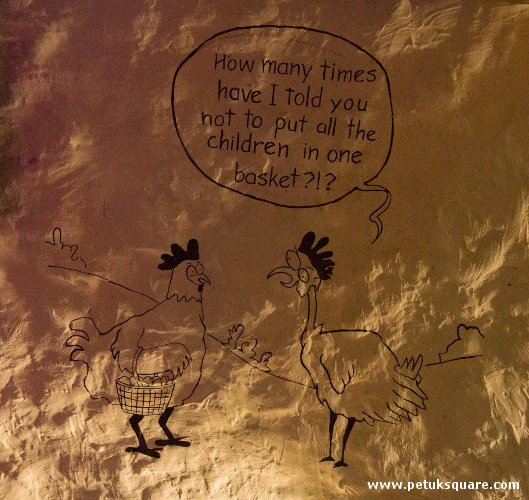 Cartoon on the wall 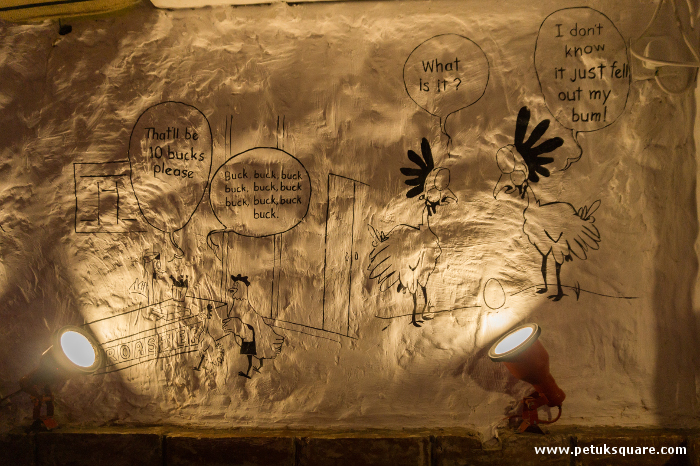 Cartoons on the wall

There were cartoons drawn on the first floor wall. If you like brightly lit space the ground floor will be better. However there are only three seats. The first floor is a bit dimly lit, but more interesting. 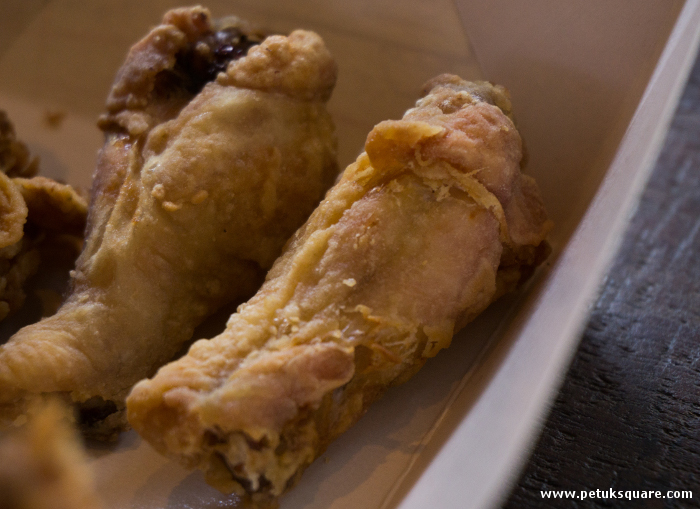 First thing first, I ordered their fried chickens. There are three varieties. The Legendary Genuine Broaster Chicken, their specialty. The Desi Fried Chicken and The Hot Masala Chicken. What I liked the most was, unlike the rest, they have kept their original item as it is. So if you are ordering the genuine broaster version, chances are high you would find it bland. Luckily for us it comes with a dip and once combined it becomes more suitable for the spice loving Indians. 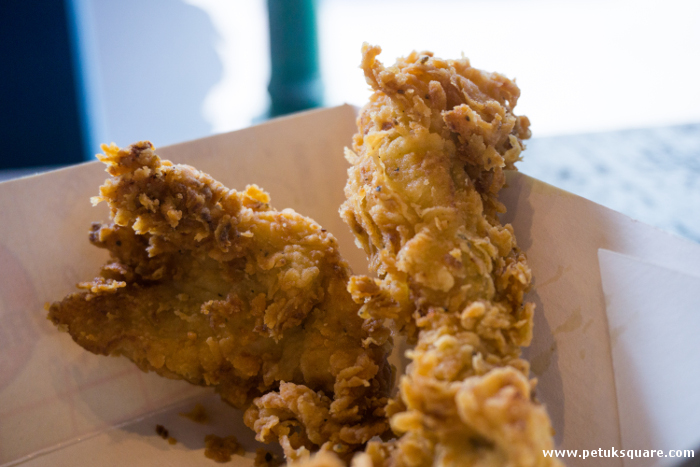 The other two varieties are made specially for us Indians and both were tasty. One spicy and the other had a hint of lemon and cheese. While the original was with bone, the other two were boneless. 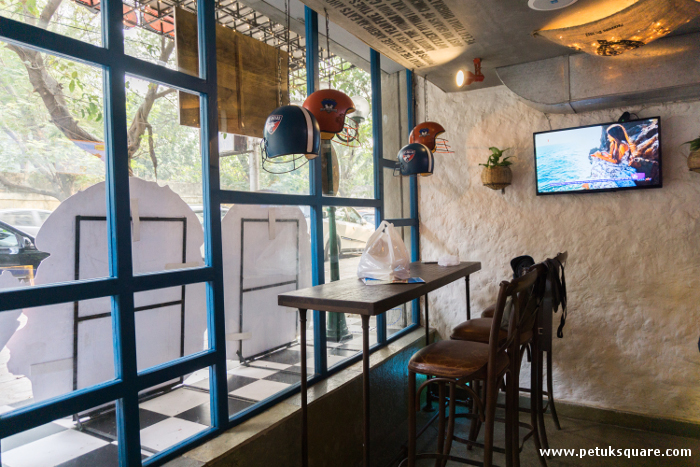 Apart from the taste what I liked most was the non oily and crunchy texture. I was told this happens due to the patented method of frying, which is called broasting. It is actually pressure frying in a specially designed fryer which keeps the meat soft and juicy and makes the crust crunchy and non oily. 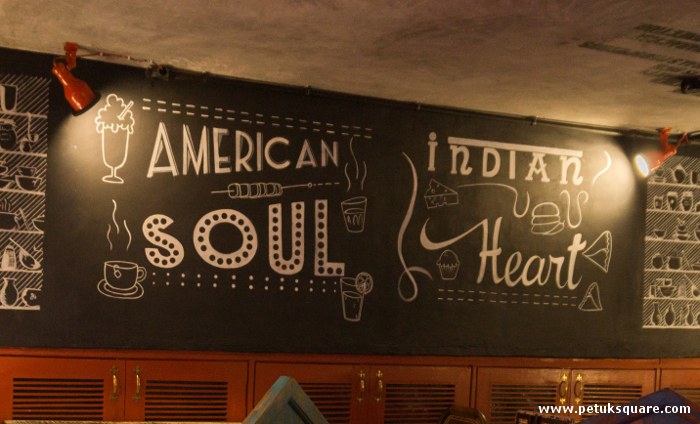 Apart from their original fried chicken almost all items have been specially made for us, Indians. So expect a lot of fusion dishes, some of which are created by the famous Chef Harpal Singh Sokhi. So expect lots of twists in the dishes. 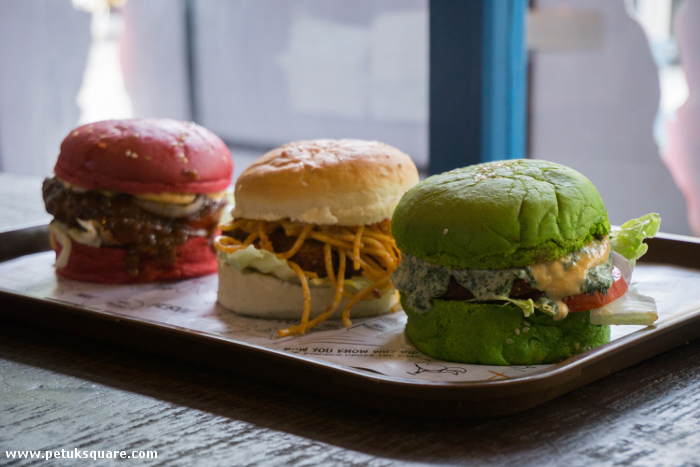 The next item, or rather items that came to my table were the three burgers. Palak Paneer, Chicken Schezwan Noodles and Lamb Rogan Josh. The Palak Paneer had green burgers, while the Rogan Josh had red. Together they were a visual delight. Bright and colourful. 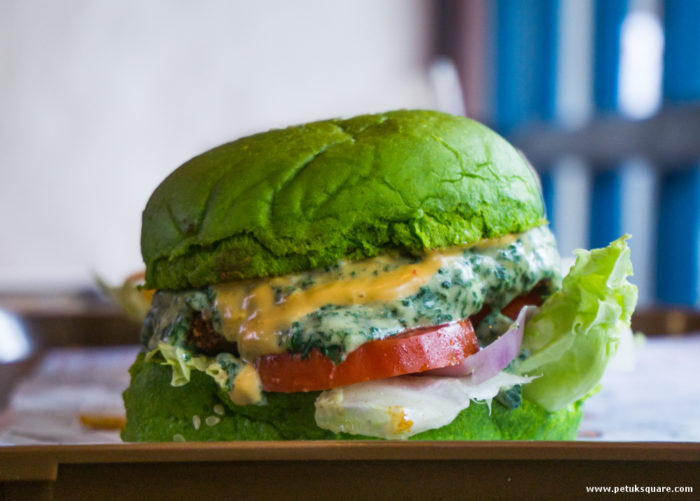 The Palak Paneer was a veggies delight. Soft bun, huge filling and juicy. It was really tasty. Not only the vegetarians, the non veggies would love it too.

The Chicken Schezwan Noodles, like the name suggests, was filled with schezwan noodles and chicken fingers. The Chicken fingers had a lemony hint and it went well with the spicy noodles. The bun here too was soft and the stuffing quite filling. 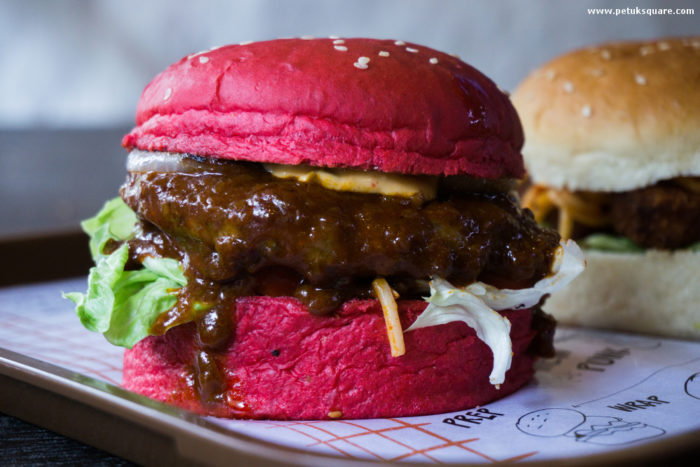 But the best among the three was the Lamb Rogan Josh. Order it only if you love eating burgers the wild and dirty way. Because its huge and juicy and is served with loads of sauce. The patty was tasty and the sauce made sure it doesn’t feel dry. It was just too yummy and I can get back only to try this. 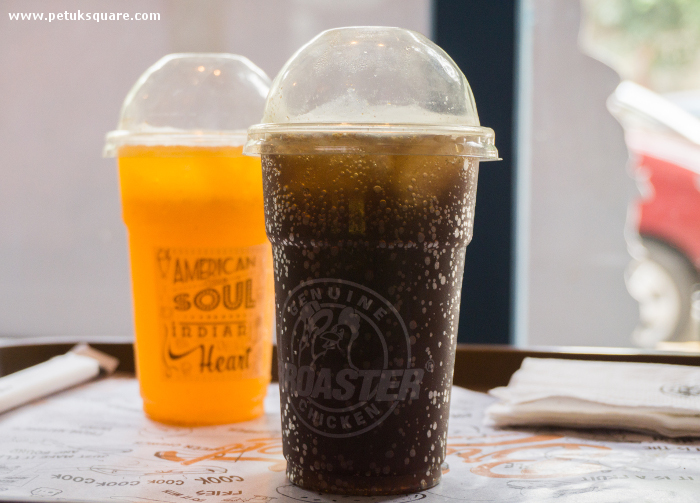 Along with the food, I tried two masala drinks, The Chulbul and Bulbul sodas. While one was Cola based, the other one was made with Fanta. I liked the second one more. 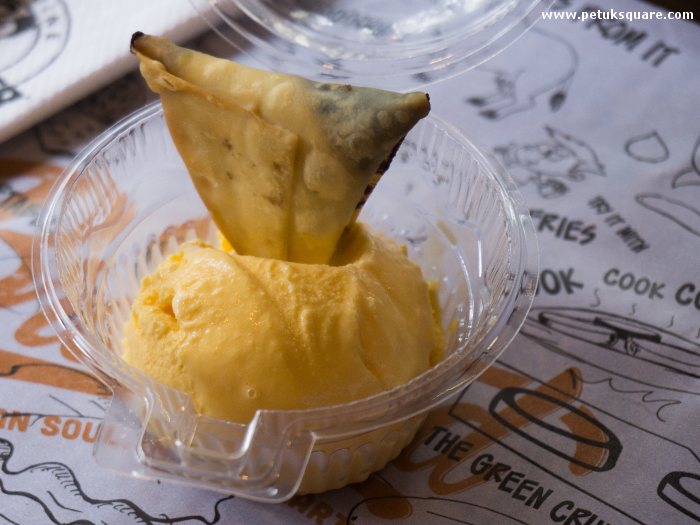 The dessert I had to end the lunch was Chocolate Samosa with Mango Ice Cream. Have seen lots of chocolate fusions go wrong, but this one, fortunately, was not among them. Crispy, flat samosa filled with chocolate sauce and served with mango ice cream. It was simple and tasty. Only if the size of the samosa and the chocolate filling were bigger, it would have tasted so much better. 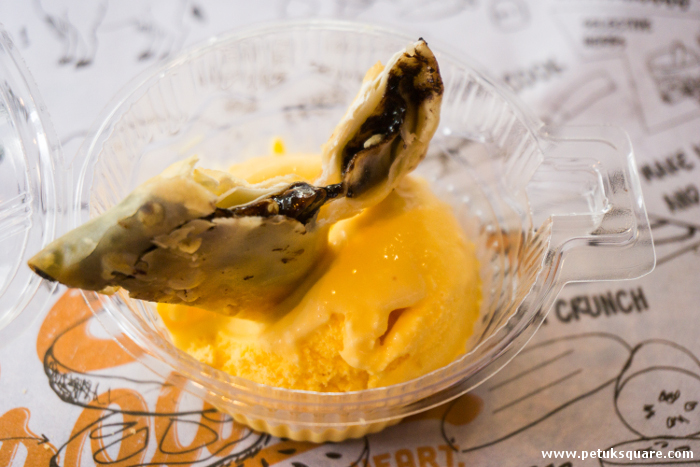 Overall it was a great experience and I am glad I have a new destination now when I want fried chickens. The cheesy and lemony fried chicken and the lamb rogan josh burger were my personal favourites. Will come back for them and more.

* A big thanks to Ramya Ramachandran for the invite.

Wow. Amazing review/ pictures. Being those rare breed of vegetarian Bengalis :), I can’t comment on taste or flavor, and shall take your word for it – but I am sure my friends and family will find this review very helpful.

I am going crazy looking for good fried chicken and meat hamburgers in kolkata. This is good to know. thanks.