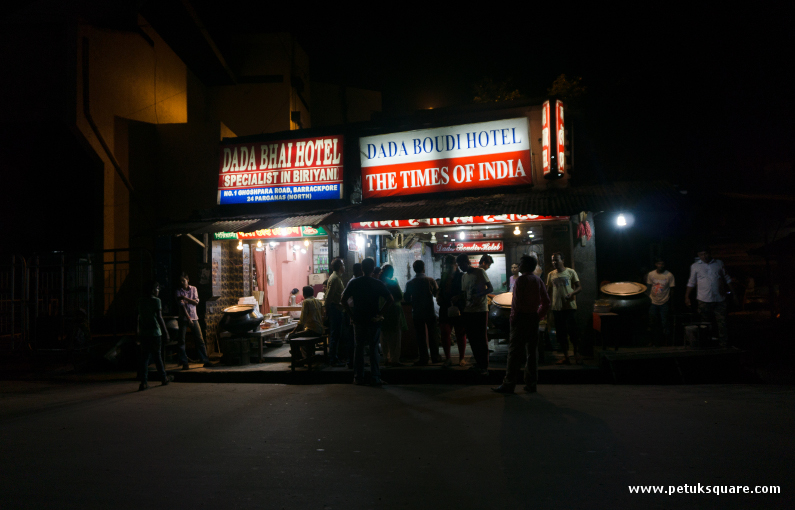 We were on a food trip to try the famous Dada Boudir Biryani of Barrackpore. After trying out their new outlet, the Dada Boudi Restaurant (read about our experience here), we started moving towards the original shop. Just a two minutes walk took us in front of the busy shack, with all the tables full. We were not worried though, as we planned a takeaway, and there were only a few in the queue. 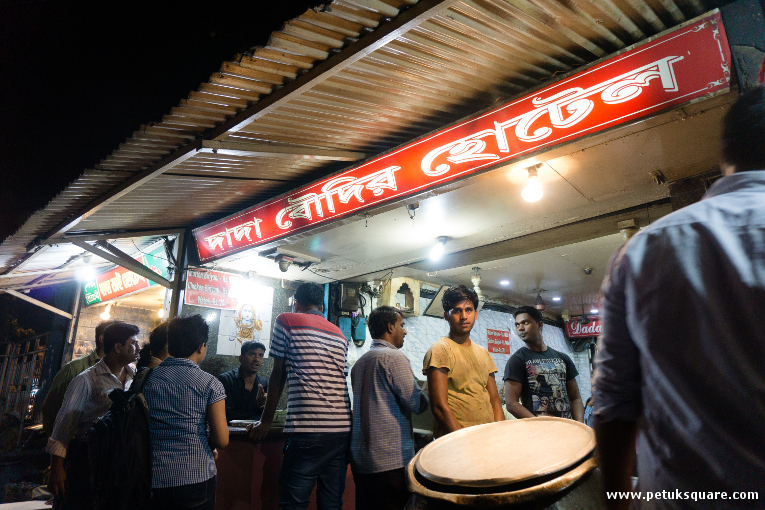 The large degs in front of the hotel was fast becoming empty and the servers were walking around busily. One word of caution here. There are two shacks, one beside the other. If you are coming from the station, the name of the first is Dada Bhai Hotel, while the second is the famous Dada Boudir Hotel. The names begin similarly, so if you are not cautious, you might end up in the first. Though the first one remains empty mostly, and hence you will know. 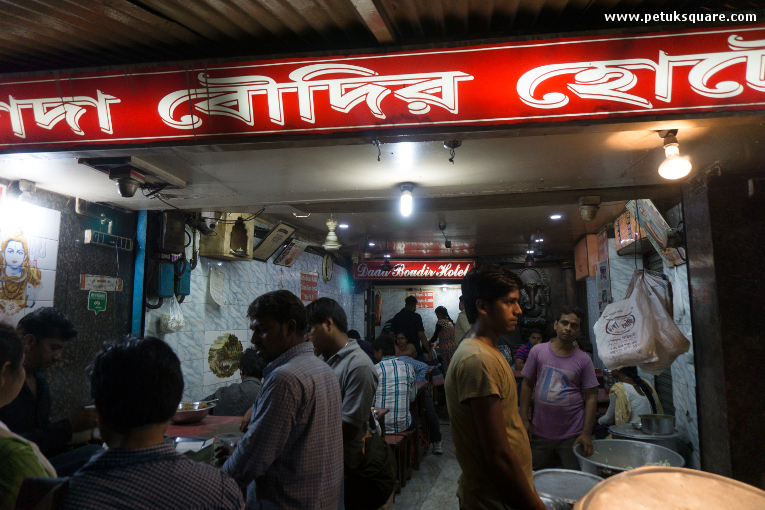 People waiting for the biryani

Our order was a Chicken Biryani and we received our parcel in less than 5 minutes. Don’t know we were lucky or not, but didn’t have to wait for hours, as many suggested. Happy, we boarded a train for home.

The amount of biryani was good, the meat was juicy, flavourful and soft, and the piece of potato, though tasted good, was small. It was spicy, and unlike what we had at the restaurant, was not at all oily. So, what we were served at the restaurant, definitely came from the bottom of the deg. In all a decent biryani. Not at all bad, but nothing exceptional too. And at 165 bucks it was absolutely overpriced. Imagine bringing home a plate of Chicken biryani from a roadside shack and paying that price! At least we won’t be repeating that for sure. 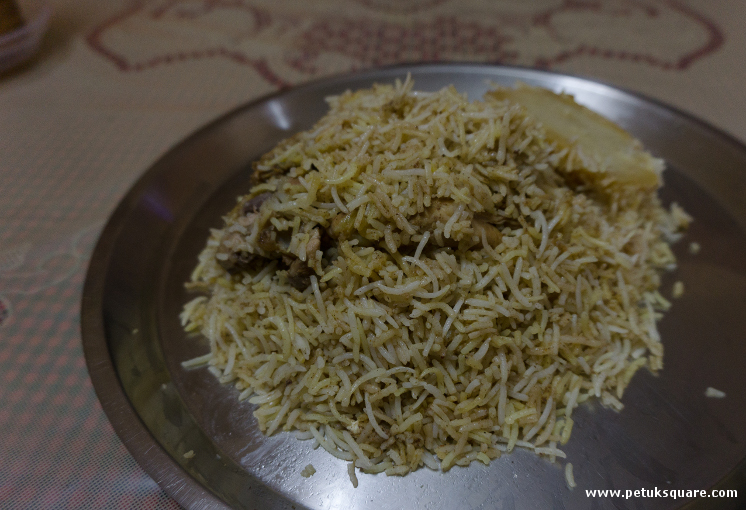 What they sell at Dada Boudir Hotel, Barrackpore, is similar in taste to what the small biryani outlets of Calcutta serves. Those outlets in your para, with no or basic seating, operating out of a tiny room and serving only biryani and chanp / kosha. In our locality there’s quite a few of them (Haji, Sangam, Star etc.). And a Chicken Biryani there will set you back by only Rupees 70. Even a special Chicken Biryani with two pieces of meat, an egg and extra rice would cost you not more than 100 bucks. Then imagine just how overpriced Dada Boudir Hotel is.

In all, if you are nearby and hungry, but have time in hand, visit them. Definitely not worth travelling for. And if you find any of those small biryani places nearby, enjoy a meal there and forget something called Dada Boudi even exists.