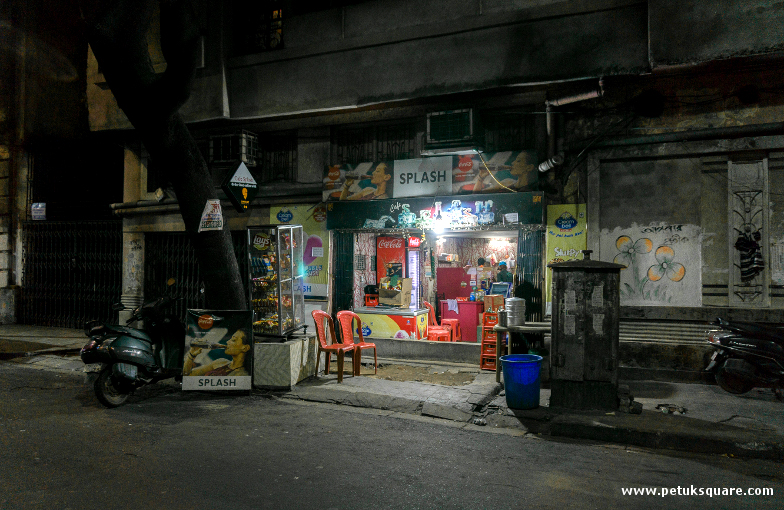 When we were students, we used to search for places serving delicious food at a pocket friendly rates. We didn’t care about the AC, the seating arrangements or any other fineness of the outlets then. What was important was good food and cheap rates. And once we found one, used to spend hours there in groups. Many memorable times were spend in those places, where, most of the times, there were even no proper seating. 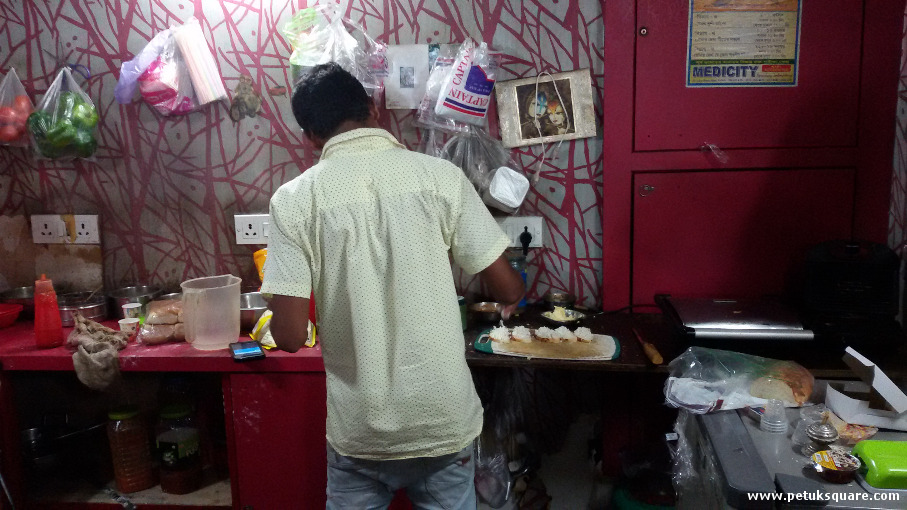 Unfortunately, we didn’t get much variety then. It was limited within the kochuri, roll, chowmein, momo or biryani outlets mostly. However, now a lot of pocket friendly cafes are opening, mostly around colleges and universities, offering good variety. Cafe Splash, a small garage converted to an eatery, near our home, is one of them. It is as basic as it gets. Few stools inside and couple of chairs outside on the footpath. It is not a place to bring your date for coffee, but enjoy with your gang over some quick bites. 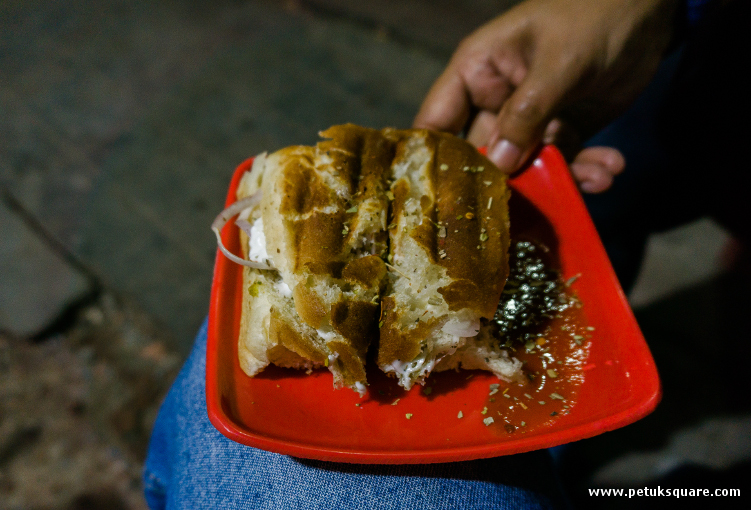 From the Sovabazar Metro / Central Avenue Crossing, if you are walking towards Bagbazar via Central Avenue / Jatindra Mohan Avenue, take the third lane to your left. Cafe Splash is on your right just after few steps. We found the single page menu appropriate for a place like this. Sandwich, Pasta, Maggi, Wai Wai, Vada Pav, Rice, Pizza, Garlic Bread and similar snacks. While most items were between 25 to 30, the highest price was that of the mixed sauce pasta at 80. Pleased we booked the chairs on the footpath (inside it was too hot) and ordered some vada pav. 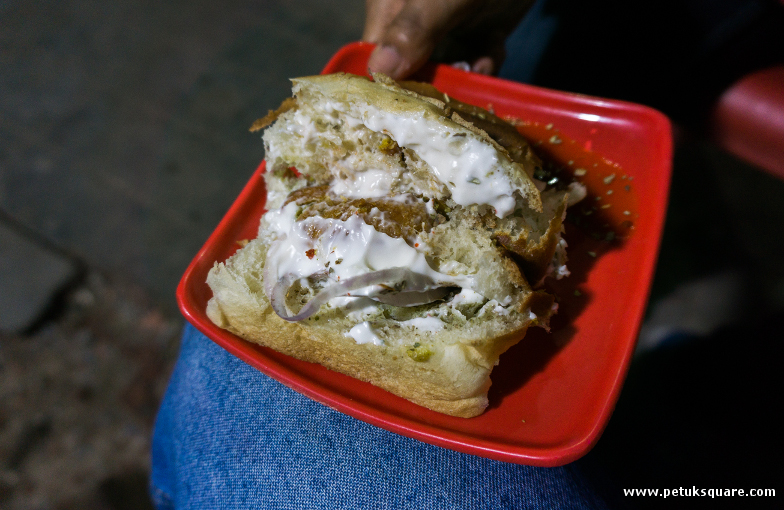 The Cheese Masala Vada Pav was excellent. The vada was not dry like most of the places and it was really flavourful. The cheese and the buttered pav added to the taste. It was a nice little snack. 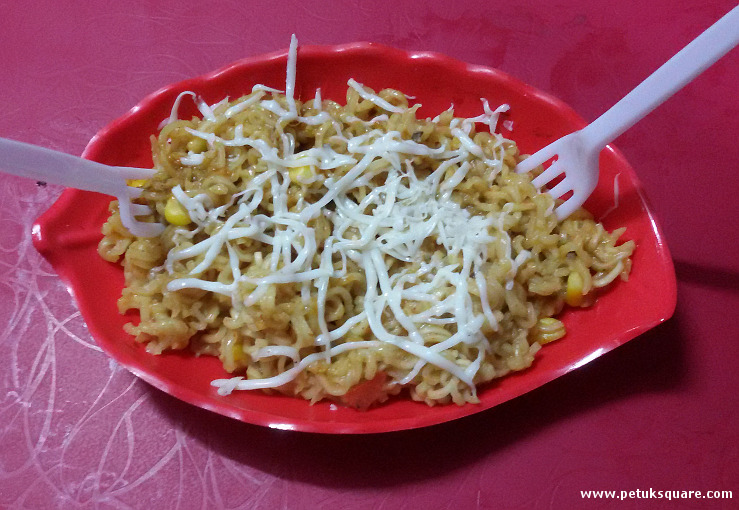 The cheese garlic Maggi was decent and had a good garlicky taste to justify the name. 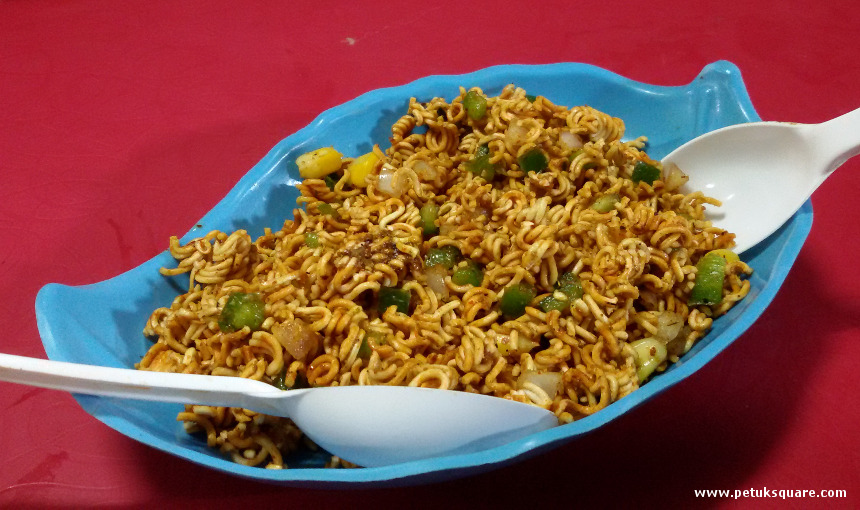 The Wai Wai Bhel we thought needs some improvement. The diced onions and capsicum needs to be a bit bigger, or else the taste is hardly felt due to the overpowering Wai Wai. 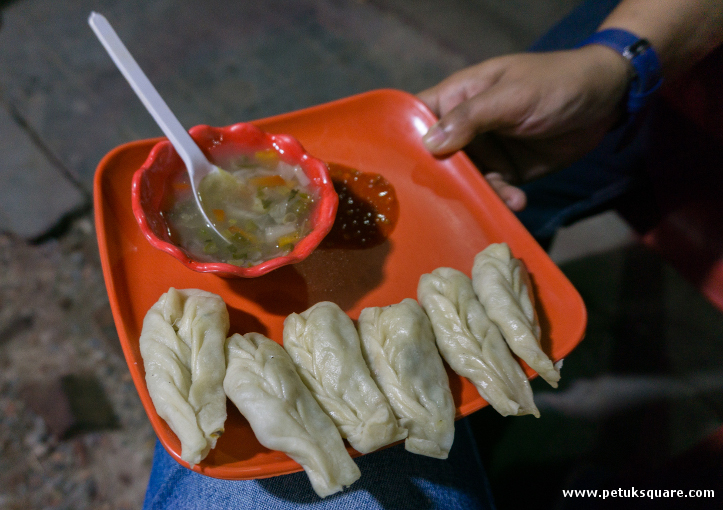 The veg momo was decent. Not one of their better items, not even bad. The soup given along with it should be improved also. 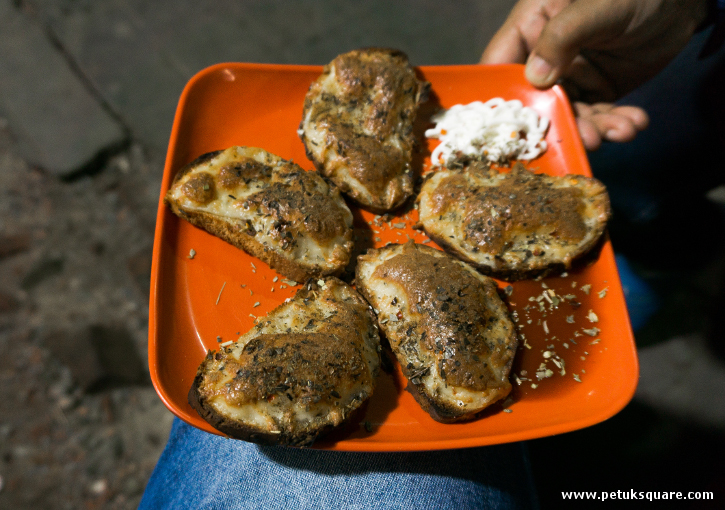 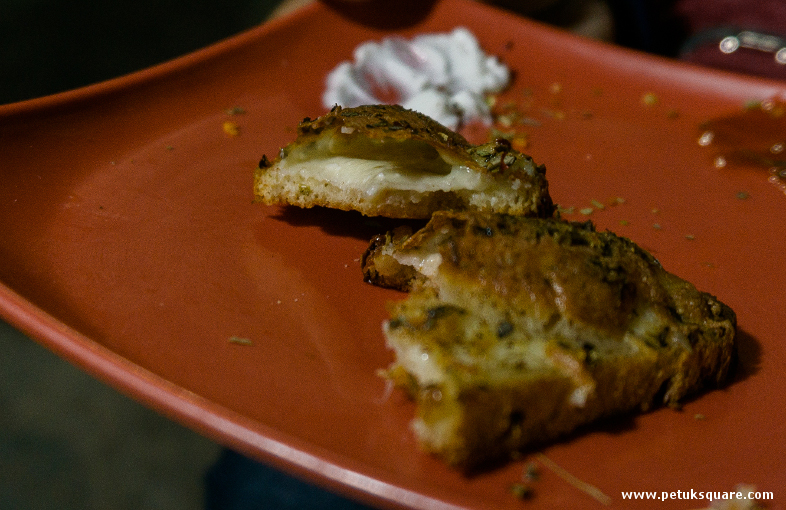 The Cheese Garlic Bread was another killer item here. It was cheesy, it was garlicky, it was crunchy and it was cheap. What more can one ask! We just loved this dish here. The accompanying cheese dip was excellent too. 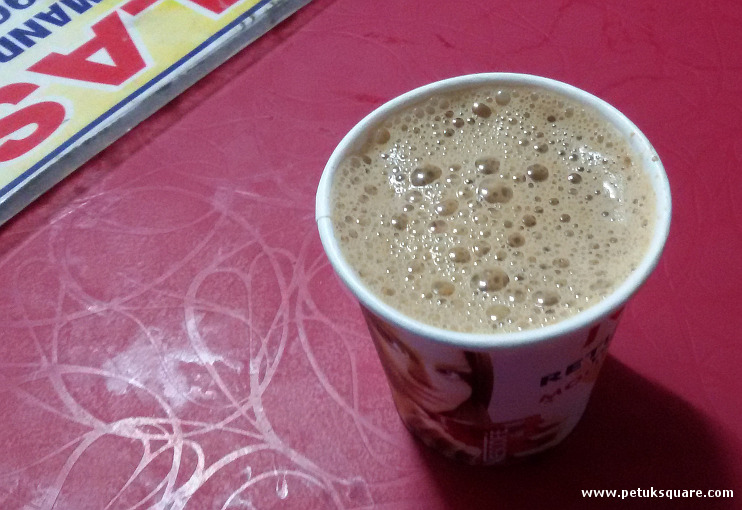 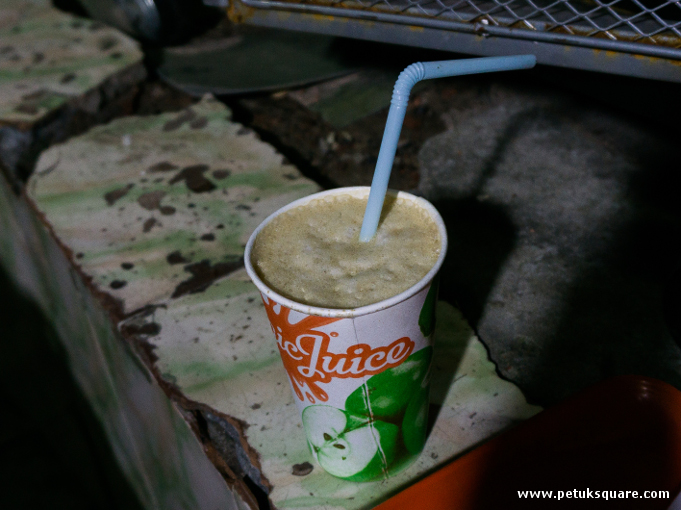 Both the hot and the cold coffees (the later served with ice cream) were good. Not too sweet, overly milky or with faint hint of coffee like most places serve. It was moderately strong, not too sweet and well made. And yes both were cheap too.

The students of a commerce tuition, held on the house just opposite the cafe, are their main customers. So, when a class ends it becomes a bit crowded. Otherwise the atmosphere is pretty relaxed. Service is fast and friendly. If you are around and want some quick bite, give this place a try. And their Cheese Masala Vada Pav and Cheese Garlic Breads are the reasons we love returning to this place again and again.

Nice to know of such budget joints. Serves everyone when in need.

Great to know you found this useful 🙂