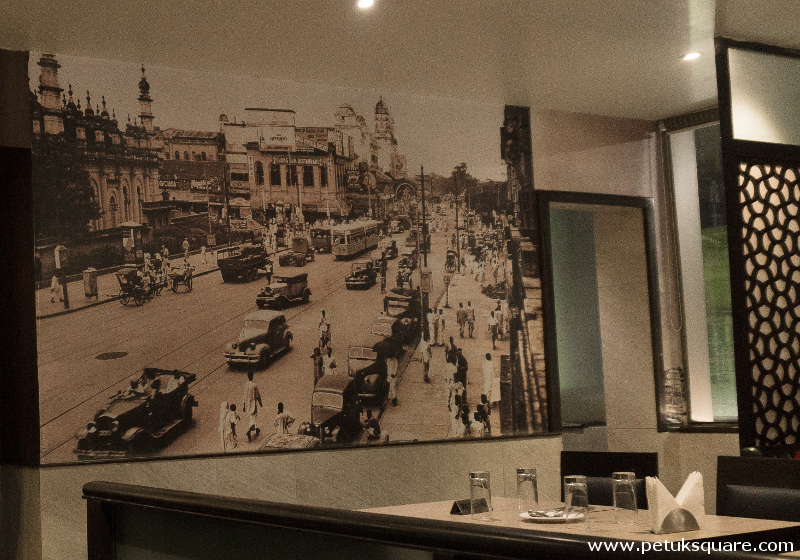 Aminia Shyambazar – The big blow up of old Esplanade area

Aminia is a big name in the Mughlai food circle of Calcutta and they have many loyalists across generations, who would not stop at anything to show their love for this brand. Unfortunately, we are not among them. Believe us, we tried our best to love this place, but everytime something or the other forced us not to submit our loyalty to them. We tried and tried and then stopped visiting the main Esplanade outlet. Then, one day, we noticed they are opening a new outlet near our home, in Shyambazar. The same Aminia, but going by the look, we hoped atleast the service here would be good. So, we thought we must give this place a try. 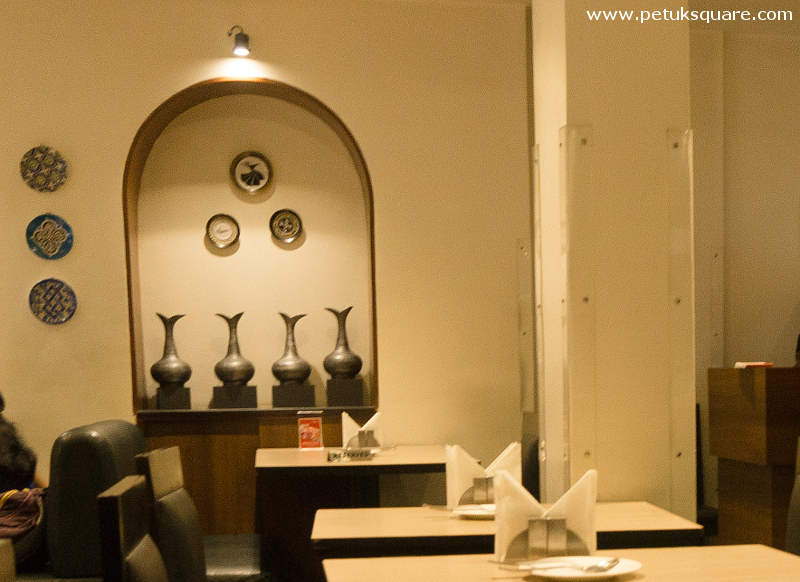 Aminia, Shyambazar stands where Bidhan Sarani meets Fariapukur (Shibdas Bhaduri Street). The same place which used to be our favourite Friend’s Cabin once. The ground floor serves rolls and takeaway while the dining room is on the first floor. The dining area is big with glass facade. The family tables which would seat 4+ people are place along the glass facade. We chose a table for two which was comfortable, but a bit small. There is a blown up photograph of old Esplanade, showing part of Tipu Sultan mosque, which adds to the otherwise vanilla ambiance. 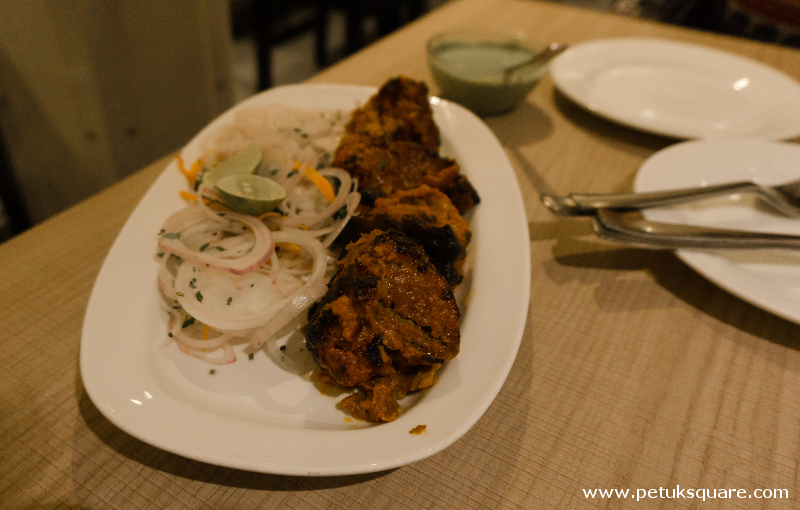 We started our dinner with the Mutton Barra Kebab. We were told it would take some time, and considering it is a mutton kebab we were OK with it. The four pieces that reached our table later was a beauty. Looked great and tasted awesome. The meat was not melt in your mouth, but had a bite to it. Once you start chewing though, you would realise how easily the meat surrenders between your teeth. The taste was rich and spicy and the meat was juicy. A dish for which one can go back to a restaurant.

The green chutney served along with the kebab was worthless though. Watery, with no taste other than lemon. Not even a hint of coriander or mint. Sadly most Mughlai restaurant nowadays serve tasteless chutneys like this. It is better to serve nothing rather than something as awful as that. 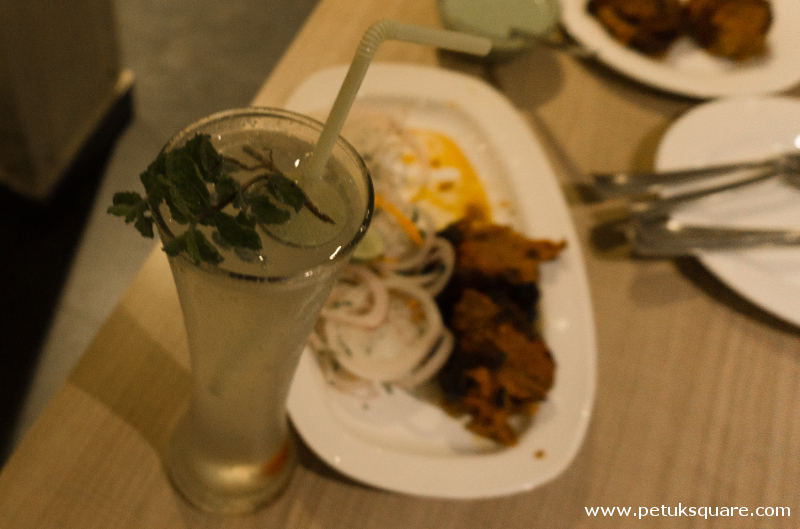 We ordered fresh lime soda along with the kebabs. Though the taste was good, they were served in glasses which were longer than the straws. What were they thinking? The straws were part of the garnishing and we were supposed to sip directly from the glass? Highly disappointing. 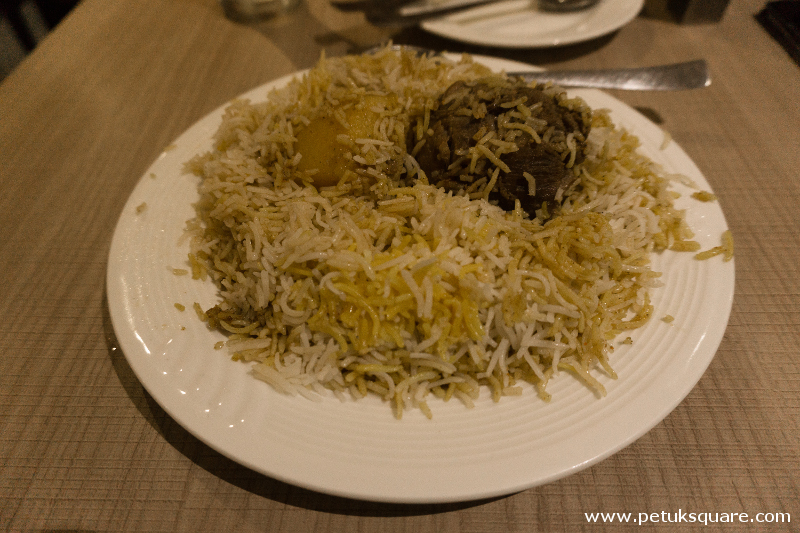 Their signature mutton biryani is what we ordered next. The quality of rice was better than their Esplanade outlet (were always served lots of broken rice pieces there). The mutton here too was excellent. Soft, juicy and falvourful. But the taste of the Biryani was nothing special. It was just OK to begin with and in the end we had to literally push ourselves to complete the plate. The piece of potato too was not good. It was on the harder side. 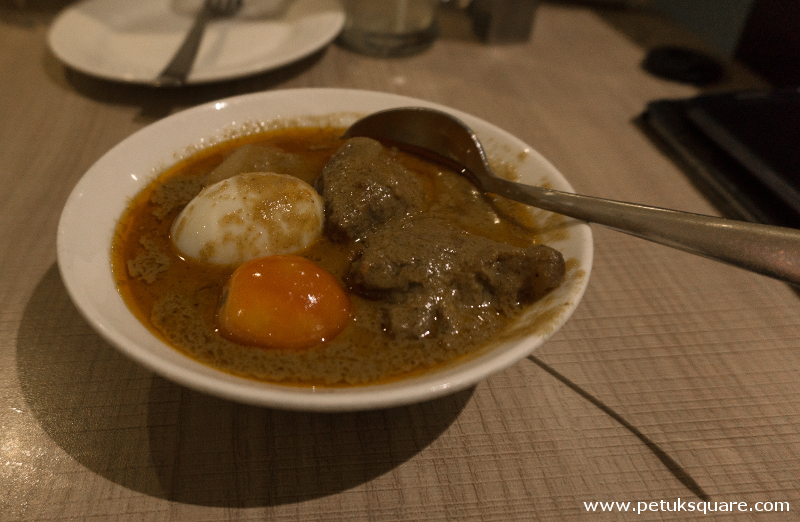 Next we ordered the Aminia Special Mutton Curry along with Tandoori Roti. Have heard a lot about this dish. It comes with a piece of boiled egg, a tomato, a potato, and two pieces of mutton. The tandoori roti was OK. It was not bad, but we have ate much better tandoori rotis elsewhere. The mutton pieces in the Aminia special curry were again great. Superb consistency of meat quality here. The curry was thick and went well with the rotis. 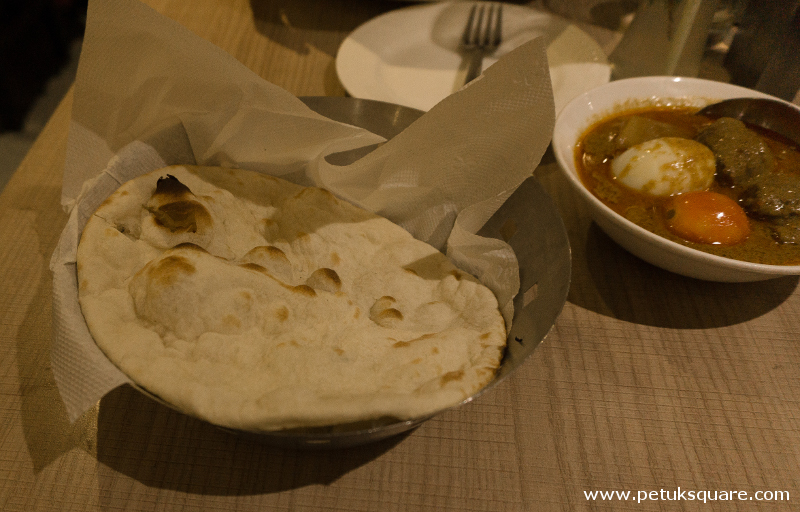 Service here was far better than their original outlet. It was fast most of the time and also friendly. But there were few instances when we struggled to get a waiter’s attention, even with most of the tables empty and more than enough servers free. They stood in a odd way facing each other and sometimes behind the pillars.

In all a place highly overrated for their Biryani. We think they have much more to offer, and those are far better tastewise. Visit the place for the kebabs and the curries. Atleast we would be doing that.